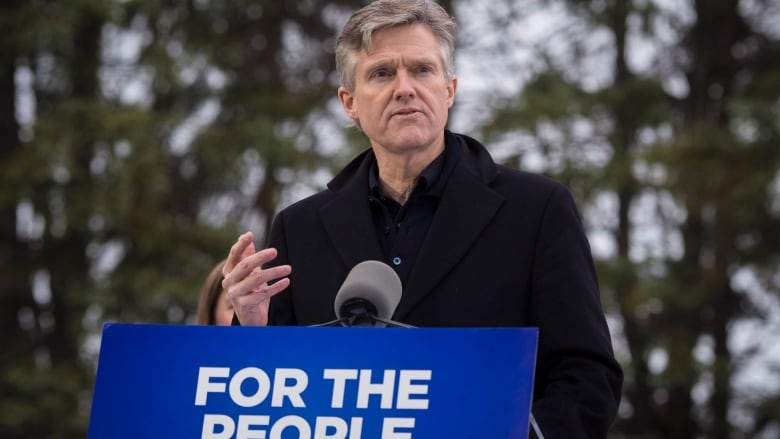 When your policy is based on giving taxpayer dollars to industry, how can you say it's "for the people"?


Ontario’s Minister for the Environment, Conservation and Parks, Rod Phillips, yesterday announced his government’s new plan for the environment and for action on climate change. Given the recent statements of Premier Doug Ford on the subject of climate change and carbon taxes, I think many people were worrying what the new environment plan might contain. I’ve had a good read through it, and can summarize it as follows:

- it contains some nice assertions about the need to have stricter enforcement of environmental laws and regulations in Ontario, but lacks detail on how this will be funded
- it acknowledges that climate change presents serious risks for Ontario in coming decades
- it calls for a provincial assessment of the impacts of climate change on Ontario (something that has been done before, and which is a poor replacement for the office of the Environment Commissioner that the government has announced it will abolish)
- it is unlikely to lead to significant reductions in greenhouse gas emissions in coming years
- it transfers primary responsibility for reducing carbon emissions from industry to taxpayers
- it proposes a new initiative called the “Carbon Trust”, that would give taxpayer funds to private enterprises to make unspecified investments in clean technologies. It is modelled on an Australian program that has been a complete boondoggle, investing billions of taxpayer dollars in dubious carbon offset schemes but having zero success in reducing greenhouse gas emissions
- it is silent on how the government plans to repay the >$2 billion it received from participants in the cap-and-trade program that it rashly cancelled earlier this year.

For those who are interested following are more detailed comments.

I’ll start with the easy ones. The plan’s emphasis on enforcement of existing environmental laws and regulations is a great idea, and something that Ontario has been very lax in doing for a very long time. However, enforcement costs money, so this can only be taken as a statement of good intentions until there are more details about the financial resources to be put into place to ensure compliance and pursue prosecutions where warranted.

One of the report’s arguments for doing less to control greenhouse gas emissions in Ontario is that families and small businesses have been hit hard by the cost of shutting down coal plants and replacing them with cleaner technologies. The statistic given is that it now costs the average household $33/month more for electricity. The report does not say over what period this increase occurred, but I assume it refers to the 15 year period over which the coal phase-out took place. A $33 increase in monthly electrical bills is considerably less than the additional amount Ontario households spent on gasoline, television, property taxes, and any number of other common household expenses over the same period. It is therefore difficult to see this as a meaningful rationale for inaction.*

Earlier this year, the government cancelled its participation in a cap-and-trade program established by California and four other American states called the Western Climate Initiative (WCI). Quebec and Nova Scotia are also members. Under this program, governments sell permits to emit greenhouse gases to industries, utilities, and other large emitters; companies are free to use the permits or to make investments in clean technologies and then sell or trade the permits to other participating institutions. Over time the number of permits is reduced, giving large emitters greater incentives to adopt cleaner technologies. It is a strategy that has proven to work very well; it is how Canada and the US got acid rain under control, under an initiative launched thirty years ago by a Conservative Prime Minister and a Republican president.

The current Ontario government rashly decided earlier this year to cancel its participation in the WCI cap and trade program, but it has yet to explain how it will honour (or reimburse) the more than $2 billion in emissions permits Ontario has already sold under this program. This is an enormous financial liability for Ontario taxpayers, which requires a clear explanation from the Minister. Noteworthy is that this amount is double what Ontario taxpayers were stuck with paying following the ‘gas plant scandal’ for which the previous Liberal government of Ontario was rightly castigated.

The new environment plan proposes to replace the WCI cap-and-trade program with a new invention called a “carbon trust”. In the exact words of the environment plan, the proposed carbon trust will, “use public funds to leverage private investment in clean technologies that are commercially viable. For this action we estimate a fund of $350 million will be used to leverage private capital at a 4:1 ratio. Estimates will depend on the final design and mandate of the trust. The estimates also include the potential emission reductions associated with a $50 million Ontario Reverse Auction designed to attract lowest-cost greenhouse gas emission reduction projects.”

A first obvious problem with this proposal is that it is switching from a system where industry paid the provincial treasury for permission to pollute to one where taxpayer dollars are used to pay incentives to private industry to voluntarily adopt cleaner technologies. The Minister will need to explain further how this switch is in any way beneficial to “hard-working Ontario families”, as the Ford government likes to call us.

A second (and somewhat ironic) fact is that Ontario already had a program where public funds were used to leverage private capital at a 4:1 ratio to expand the use of clean technologies. The Ford government cancelled it earlier this year. It was the electric vehicle rebate program, through which new car buyers who spent their own private capital to obtain newly available clean technology (electric vehicles) received a rebate approximating the 4:1 ratio envisaged under this new “carbon trust” scheme. Under that program, the purchaser of a $44,000 + HST Chevrolet Bolt would receive a $14,000 rebate. The key difference I can see between the cancelled electric vehicle rebate program and the proposed carbon trust is that the public subsidies that were until recently given to households will now be given to industry. Again, that does not sound like a program that is “for the people” as was written on the placard affixed to the podium behind which the environment minister stood to make his announcement.

It’s worth noting that the model for this ‘carbon trust’ appears to be Australia's Emissions Reduction Fund, a political and economic boondoggle in which over $2 billion in taxpayers’ money has been spent on dubious carbon offset schemes since 2015; meanwhile, Australia’s greenhouse gas emissions have risen over the same period, and appear to be accelerating. This does not mean that Ontario’s carbon trust scheme is doomed to fail, but it does beg the question why the government would abandon an emissions-reduction strategy that has been proven to work to ape one that is a proven failure.

*One of my former students, Branden Fennell, noted that for rural Ontarians who heat their homes with electricity rather than natural gas, the increase in electricity costs in recent years would have been considerably higher than average. This is a good observation, for the current government does represent a disproportionate number of rural ridings.