On winter commuting, by bike 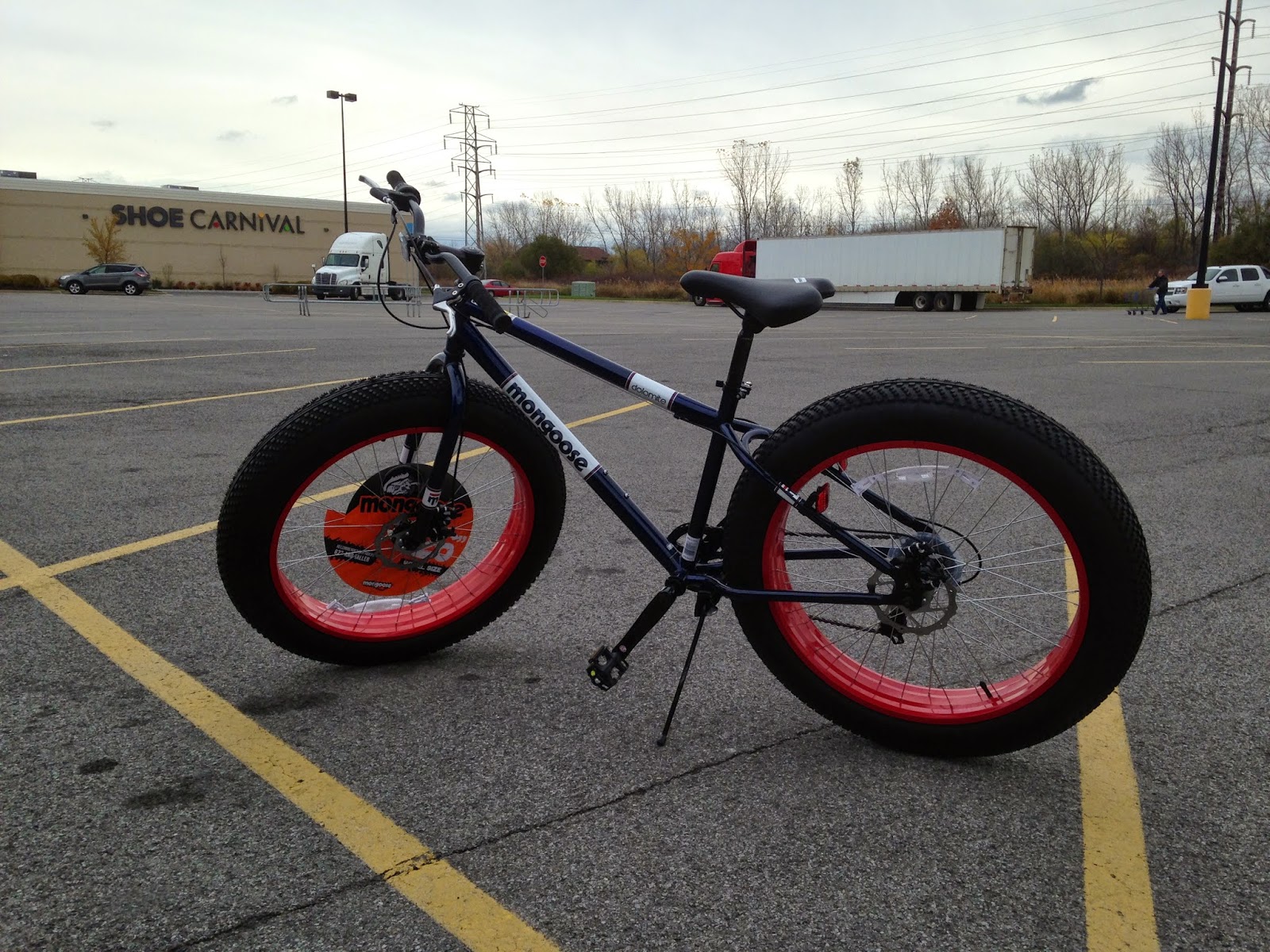 I commute to work by bike year round. It’s not especially far, only about 5km one way, but when it’s minus twenty Celsius, when there’s a strong west wind, and/or there’s six inches of fresh snow on the road, it can seem a lot longer.

I’ve commuted to school or work by bike, foot, and/or public transit for most of my life. I got started in the first grade, riding a hard-tired and gold-painted bike I called “the putt-putt crate”, for the rattling noise it made each time it bumped over a sidewalk crack on the 800m ride to school. In the third grade, after much pleading, I got a red CCM Mustang 3-speed, with a banana seat and a stick shifter on the centre rail. In the fifth grade I got my first ten-speed, which was stolen, and then another ten speed, until I got my first mountain bike, a white Raleigh. All of these carried me steadily back and forth to middle school, then high school, with the Raleigh seeing me through university. When I joined the foreign service and moved to Ottawa, I didn’t waste money on a car. I rented a downtown apartment and bought a new bike.

I won’t continue boring you with descriptions of all the bikes I’ve ever owned, but I did want to point out this: two things they had in common is that all of them were used for commuting, and, except for recent bikes, all were put away once the snow began to fly. It was not until I was into my forties that I became a winter cyclist. It happened gradually. Each year I started putting the bike away later in December and getting it back out earlier in the spring, until eventually I just stopped putting it away altogether. Last year, despite it being the coldest, snowiest winter in Waterloo in recent memory, I rode to work every day but a couple. One of them I skied to work and took the bus home. Another was the coldest day of the winter, colder than minus twenty and very windy, so I decided to take the bus. Big mistake. I was far colder standing still waiting at a bus stop than I would have been pedalling. I was back on my bike the following, nearly-as-cold day.

My main motivation is my own health and fitness. By March, many people are feeling flabby and out of shape from lack of activity. I’m the opposite. I feel like I’m at my best after a winter of cycling and cross-country skiing.  It’s at the end of summer, after too many barbecues and lazy evenings watching the kids at the neighbourhood pool that I feel I’m dogging it. I would like to say my motivation for winter cycling is a desire to reduce my carbon footprint like a good environmental studies professor should. But mostly I do it for me, not for the planet, though the planet benefits, too.

If you are thinking about trying winter bike commuting, there’s a number of things you’ll want to consider. The first is what you’re going to ride. Ideally, you will want to ride an old mountain bike. Road salt is murder on bikes, especially on metal moving parts. Even if you wash your bike regularly – which you will need to do – you will get surface rust, and your chain and derailleurs will need to be replaced more quickly. I’m an enthusiastic supporter of local bike shops (I bought my summer bike from one), but if you don’t have an old bike and need to buy something new, get a cheap one from one of the big box stores. No point riding a high-quality bike through frozen slush.

Some people invest in studded tires for the obvious extra traction they provide. I’ve never had them, and while it’s been a while since I’ve spilled on black ice, that is a risk I take. I did buy myself last month a cheap fat tire bicycle, whom I’ve affectionately named Bertha (pictured above), and who is already showing herself to be extra stable even in icy conditions. In an early winter storm two weeks ago that made sidewalks and roads very treacherous, Bertha’s fat tires rolled easily over the unconsolidated mush in the medians. Her tires and my head-to-toe coating of slush and grime attracted many people’s attention on campus.

Which reminds me: expect to get dirty and wet if you cycle in winter, especially when it’s mild. Minus one degree and wet snow makes for a more unpleasant ride than minus fifteen and clear skies. It’s easy to keep warm while cycling; in fact, the greatest peril is dressing so warm that you work up a good sweat, which chills you when coasting downhill. Slushy wet snow gets everywhere – down your boots, in your mouth. Even if you have fenders on your bike – which you should – it’s inevitable you arrive at work looking like a roadie from a monster truck competition. On the outside, that is; so long as you’ve got waterproof splash-pants and a gore-tex-type jacket up top (preferably with zipper vents) your work clothes will be OK underneath.

The best purchase I made was a thin, nylon balaclava that I wear under my helmet. It keeps the cold air out of my ears and off the back of my neck. Mitts, smart-wool-type socks and gore-tex boots complete the body armour. Some riders wear ski goggles in the really cold weather; I haven’t had to yet. Some wear gaiters over their shoes and ankles; I simply keep extra socks at the office in case I get wet feet.

The most important thing of all about winter cycling is to stay away from the cars. The roads are narrower because of snowbanks, and slippery. Many drivers are too stupid/cheap to put winter tires on their cars. Cyclists may in theory have as much right to the road as cars, but in practice, conflicts between cars and bikes always end up badly for the cyclist. I’ve picked out a route to work that has relatively light traffic, and I treat the commute as a puzzle that needs to be solved anew each day, with the goal being to get to work and home quickly and safely. If the roads are narrow and the banks are high, I ride on the road if there’s no cars behind me, and switch to the sidewalk when a car does come, so long as there’s no pedestrians (I detest cyclists who ride past pedestrians on the sidewalk, summer or winter). If I need to run and push my bike through some stretches, or plow along through the median between the road and sidewalk, so be it.

I guess that’s just about it for my winter cycling tips. Make sure you have clip-on lights and wear a fluorescent vest; the cars are more likely to avoid you if they can see you. In case you’re wondering, yes, I have been hit a couple times and had a few dangerous near-misses when bike-commuting. The worst one resulted in a broken wrist. But all of these occurred in good weather conditions at other times of year, when drivers tend to be more careless. In the dead of winter when roads are bad, the drivers are moving slower and I have my head on a swivel, it’s mostly safe and mostly fun. If you’ve read this far, you’re probably giving it some thought, so why not go ahead and give winter cycling a try.
Posted by Robert McLeman at 5:28 PM

Dumb question, but when you were riding your Mustang etc, did you generally go by another first name? Just wondering--I think my sister and I used to cross (bike) paths with you.

Hi Mama Squirrel. When I was a kid, I was known by the nickname 'Randy', so maybe we did cross paths...