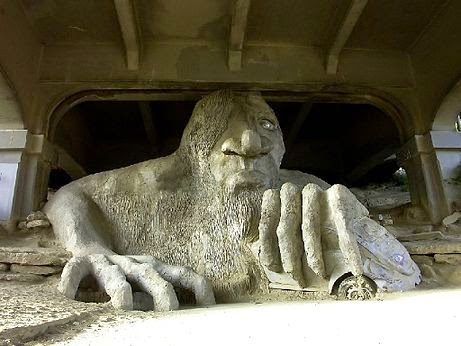 There is a time and a place for everything and for everyone. For me, the time and place was Seattle in the late 1990s. It is where and when I started to figure out who I am and what it is I want to do with the measly amount of time any of us is granted on this planet. On New Year’s Eve, that date on the calendar when most people are looking ahead to the future, I’ve decided to spend a few minutes looking back to a time and place that for me will never be matched.

I arrived in Seattle after nearly five years in Hong Kong, that noisy, congested, polluted, live-for-the-moment/wealth-matters-more-than-anything capitalist free-for-all. In Hong Kong I left behind my 750 square foot, 27th floor apartment in Causeway Bay – one of the most densely populated spots on the planet – and was moved into a 4-bedroom ‘Northwest Contemporary’ house in the suburb of Bellevue, Washington, provided for me by my employer, the government of Canada. The house had enormous rhododendrons in the front yard and backed on to Cougar Mountain Wildland Park (where yes, there were occasionally cougars). My first purchase was a mountain bike named Betsy, who went tobicycle heaven earlier this year, with whom I spent many a day on Washington state trails.

After a year of living on the edge of the forest in that much-too-large home that was well situated for hiking and biking but a long bus ride from downtown, I was moved to an in-fill home in Seattle’s Fremont neighbourhood, a few blocks north of Lake Union. Fremont is the self-proclaimed ‘Center of the Universe’ and, as far as I’m concerned, it is. There were five micro-breweries and at least as many used book shops within walking distance of my house, as well as one statue of Vladimir Lenin and one of a giant troll living under a bridge. My neighbours were loving people, and lovingly eclectic. There were sculptors and hat-makers and professional gardeners and the inevitable software engineers. One neighbour had an Oldsmobile from the 1970s to which he glued hundreds of plastic dinosaurs; another fixed up his VW Beetle on the curb in front of my house (old VWs were very popular). On summer solstice day, the streets of Fremont were (and still are) closed for day-long celebrations that include a nude bicycle parade. I must confess that I practiced the old maxim that, ‘not everyone can be in the parade, someone must sit on the street corner and clap’.

The beating heart of Fremont then was the Still Life Café, the template for what every independent coffee shop ever since has aspired to be: bright, warm, full of conversation (but not too loud), smelling of soup and homemade bread and espresso, and populated by everyday people with slightly bohemian tendencies that they came by honestly. If I have one regret in life it’s that I didn’t hang out there more often, for it is now gone.

Not far from where the bottom of my street ran out onto Lake Union was a kayak rental place. On long summer nights I would go out for a paddle after work, admiring the artists’ waterfront homes and the seaplanes landing and the salmon boats readying for their next voyage to Alaska. One sunny Sunday morning I paddled down to where the locks lead down to Puget Sound and found myself in the midst of a king salmon run, the enormous fish leaping all around me. If I’d had a canoe instead of a kayak, one or more would have leapt right into the boat. The feeling I had at that moment was equivalent to what I imagine Thoreau must have felt the first morning he woke up in his cabin at Walden. It was transcendental. I knew at that precise moment that the rest of my life would not be the same as it had been to that point, and that through nature I was capable of being and doing much more.

I could rattle off the myriad things I loved dearly about that time and place in my life, from surfing trips to the coast, hiking and snowboarding trips in the Cascades, to Sunday mornings when the city closed the roads around Lake Washington to cars so that cyclists could enjoy the views. The sequoias in the Arboretum and the blackberry bushes growing in the vacant lot down my street. Sure, it rained a lot, and it still does, but that’s why fleece* and Gore-Tex were invented, so you can go out in the rain, and when the clouds lift you have Mount Rainier and Mount Baker and the Olympics and the Cascades on your horizon. Living here and now in the east, I do miss having mountains on the horizon.

In 1999 I left Seattle, to do one more foreign service posting, in Austria, spending my spare moments walking in the Vienna Woods and the Alps. There, I resolved to go back to school, do my PhD in Geography, and study the human relationship with nature more carefully. Which is what I do today.

Looking back, it is no accident that my ‘coming of age’ happened in Seattle. It was the epicenter of the Pacific Northwest counter-culture that took North America by storm in the 1990s, providing an alternative to the shallow tripe of mainstream pop culture that New York and Los Angeles oozed for decades (and continue to ooze, like cold sores that won’t heal). Seattle was a city that was prosperous without being pretentious, capable of producing Bill Gates and Kurt Cobain, Microsoft and grunge, without seeing any irony in it. The city that exported Starbucks to the rest of the world perfected and preferred the independent coffee house of used furniture and mismatched crockery, where the staff wore home-knit sweaters and baked the muffins themselves. A city of people who could be civic minded and globally conscious at the same time. People who didn’t give a flying fig what others might think of the merits of hat-making as a career-choice, or of plastic dinosaurs as automobile decoration. All of them living in the embrace of mountains and water on every side. I was privileged to have been part of it for a time.

*I went snowboarding yesterday. In addition to riding the same blue Lamar board and step-in boots I acquired in Seattle, I wore a well-used brown fleece bought in 1996 at the Mountain Equipment Co-op store in Vancouver. Some things can never be improved upon.
Posted by Robert McLeman at 8:38 AM