On helping researchers in low-income countries disseminate their work 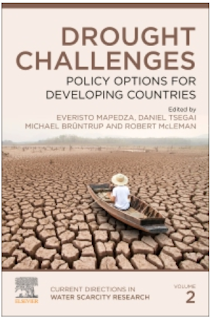 Over the years I’ve had the chance to work with many excellent scholars based in low-income countries. Despite being superb researchers, their work often fails to make it into mainstream English-language scholarly journals for a number of reasons over which they have little control. Often, the universities and research institutes they work at lack the physical and technological resources that we take for granted at western universities. I once co-authored an article with a researchers at a Nigerian University who had to go to a neighbourhood internet café to do literature searches, because the connections at his office were frustratingly flaky and unreliable. For those whose workplaces do have decent internet, subscriptions to western academic journals are terribly expensive, and beyond the means of many schools in poorer nations. Fortunately in my field, the Intergovernmental Panel on Climate Change and many UN agencies and governments produce reliable, timely, and freely accessible reports, but for developing-country scholars working in more specialized fields, accessing the latest research can be a real challenge.

Yet another challenge is that professors at universities in low income countries often teach many more courses than we do here in North America, and don’t have teaching assistants to help them with marking papers. They rarely get uninterrupted blocks of time during which they can focus on their research and writing. Finally, academic writing of the quality expected by the best journals is difficult for native English speakers; for those that learn English as a second language, it’s an even more frustrating and time-consuming skill to acquire. It’s not surprising, then, that studies published in leading journals are disproportionately written by researchers based in western countries. This is changing, but very slowly. Meanwhile, a lot of good research being done in low- and middle-income countries fails to reach anything larger than a local audience.

There are several things that western-based scholars can do to help our colleagues based in less-well-off countries have access to current research and to get their own research disseminated to a wider audience. A first is to make pre-publication offprints and working drafts of our own papers available online through institutional websites or, better yet, to publish in open-access scholarly journals. I realize this latter option can be expensive, but research grants typically allow for this, and many universities have pools of funds to help their researchers go open-access. Another way is to volunteer to write technical reports, working papers and blog content for UN agencies, multilateral organizations, and NGOs relevant to the fields in which we work, for these organizations typically disseminate your work widely. I have done a number of these over the years for the International Organization for Migration, World Bank, Wilson Center, and UN Convention to Combat Desertification, among others. I also contributed to and curated a series of postings on environmental migration for the India-based GlobalDev blog, reaching an audience I never otherwise would have reached.

A final important way is to invite colleagues from low-income countries to be co-applicants on research grants and to actively engage them in research and writing. One easy way is, when editing a special issue of a journal or editing a book for an academic publisher, to seek out colleagues who might otherwise have difficulty publishing, especially young scholars, and invite them to contribute. They may require a little extra help in getting their contributions up to the expected standard for reasons I’ve noted above, but it’s worth the effort, and the published volume will be richer for it. To this end, I’m really pleased to have helped edit a new volume on drought impacts and policymaking in developing regions. It contains a large number of chapters contributed by researchers in low- and middle-income countries that are chronically drought-prone, and that are likely to become more so as a result of climate change. These authors are not names you might necessarily recognize from the pages of Science or Nature, but their work is focused and grounded in experience that is best obtained by practicing your craft in the place in which you live and work. If you work for an institution with a library that has a budget for acquiring new titles on an ongoing basis, consider recommending that it acquire books like this one, so that the work of all scholars gets better known.